Book Report: "One Flew Over the Cuckoo's Nest"

One Flew Over the Cuckoo's Nest by Ken Kesey
My rating: 5 of 5 stars

Ken Kesey's acid-tinged writing is incredibly incisive and intelligent. His exploration of not only the broken mental health care system of the mid-to-late 20th century, but the plight of mental illness in its varying forms.

Far ahead of its time -- probably even ahead of our time -- the devastating novel is even more rich and nuanced than the landmark Milos Forman movie adaptation.

Randle McMurphy, a walking id and embodiment of American excess, daring and longing, pretends to be insane to beat a criminal rap that has sentenced him to a work camp. Conniving and brimming with bravado, he rebels against the controlling, infantilizing infrastructure that crushes the hearts and minds of those who are committed.

The genius of the novel starts with the narrative device of telling the story through the ever-churning mind of Chief, a gentle giant whom others dismiss as a checked-out, mute man whose mind has been so scrambled that he can't process human interaction and has become a drone obsessed with mopping.

Instead, Chief is secretly a master of observation, nuance and intense feeling. He processes his surroundings for the reader, acting as the entry point.

A tragic and ephemeral experience, "One Flew Over the Cuckoo's Nest" floored me with its style, substance and urgency. It was one of the rare books that broke my heart not only in its storytelling, but that it ended altogether.

View all my reviews
Posted by Phil Villarreal at 6:29 AM No comments:

The spell "Wicked" casts is tough to emulate. The tireless touring production is a traveling gift to musical theater lovers across the nation.

Since debuting on Broadway in 2003, the adaptation of the Gregory Maguire novel has thrilled audiences, inspiring passionate devotion akin to that of a sports fan. The story turns "The Wizard of Oz" tale inside out, positioning the Wicked Witch of the West, Elphaba, as the misunderstood hero.

Graced with a knockout soundtrack, edgy cinematography and a boundless sense of momentum, the show is as much a thrill ride as it is a moving drama of acceptance, perception and forbidden romance.

Elevated by ethereal performances by Talia Suskauer as Elphaba, Allison Bailey as Glinda and Amanda Fallon Smith as Nessarose, "Wicked" soars with an elegant majesty.

Bailey, in particular, thrives in the role of the pompous princess, whose oblivious musings elicit continual chuckles from the crowd. Suskauer's choices with Elphaba are equally moving, drawing pathos for her plight of eputational martyrdom as she pursues some semblance of personal happiness while striving for the greater good for those she loves. Smith's character is one-dimensional, but played with magnetic verve by the smirking, seething actress.

Spellbinding stagecraft, with giant set pieces, stirring flying, makeup and pyrotechnics give the production an air of class and top-flight quality. Watching "Wicked" is a true modern rite of theater appreciation, and not only a status symbol but a transcendent experience that colors the way you experience all other shows.

To see "Wicked" is to defy not only gravity, but the weights of society that drag people down and pin them into boxes. The hard choice is not whether to see the show, but whether or not you can stop yourself from going again and again until it takes flight to the next lucky town.

Posted by Phil Villarreal at 10:45 PM No comments:

For my full review, click here.
Posted by Phil Villarreal at 8:53 AM No comments:

Phil on Film: Movies and Shows Leaving Netflix in February 2022


For my full story, click here.
Posted by Phil Villarreal at 9:17 AM No comments:

Posted by Phil Villarreal at 9:16 AM No comments:

Posted by Phil Villarreal at 11:18 AM No comments: 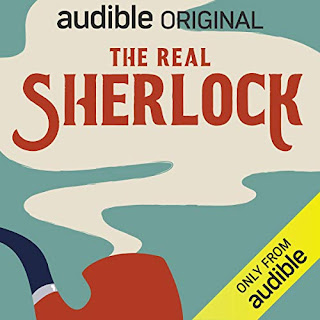 More of a brief podcast than a full-figured audiobook, "The Real Sherlock" is a smattering of interviews and historical factoids about Arthur Conan Doyle, an enigmatic figure who seemed to resent his franchise's popularity, tried and failed to become a politician and spent much of his later life crusading for spirtualism.

The story also delves into his early years, as a medical student, doctor and soldier. A renaissance man who juggled several interests and pursued passions with the vigor and agility -- and often, the gullability -- of a child, Conan Doyle emerges as the polar opposite of Holmes. It's as though he created the grounded, logic-driven detective to complete his own psychological deficiencies.

The Audible book would have benefited from broader sourcing. Many of the interviews focus on worshipful family members and actors who have played Conan Doyle and Watson. Some impartial observations would have helped ground the piece. Author Lucinda Hawksley does deserve credit, at least, for including some of Conan Doyle's embarrassing escapades, such as the time in which he defiantly defended the veracity of the Cottingley Fairies, which were crudely faked supernatural photos that were later debunked.

Despite the silliness of some of his more outrageous beliefs, a measure of respect emerges for Conan Doyle's magical thinking and acting. He was a creator and a storyteller, given to whimsy and impulse. The world was better off for his presence.

Posted by Phil Villarreal at 6:00 AM No comments:

The Picture of Dorian Gray by Oscar Wilde
My rating: 4 of 5 stars

Oscar Wilde's horror story is a thin guise to bunch up and release his wry, cynical takes on life and love.

With little explanation or backstory, he tells a story of a man driven to insanity through vanity as a portrait shows his age and world-wariness as his own faith retains its youthful innocence and symmetry.

Symbolism abounds, but Wilde is more interested in flooding the zone with his sneaky little observations, which are rich with stinging truth.
The Audible version, narrated with sneaky verve by Russell Tovey, emphasizes Wilde's irreverence.

An immensely funny book, it lacks dramatic impact but that doesn't much matter. The book flows well and always maintains its sense of mysterious intrigue. This is a fun book, and is filled with more one-liners than a vaudeville routine. A definite must-read.

View all my reviews
Posted by Phil Villarreal at 12:30 PM No comments:

For my full review, click here.
Posted by Phil Villarreal at 11:57 AM No comments:

"My Fair Lady" set the template for the makeover rom-com. In the cynical and cleverly-penned tale, social powerbrokers take a woman off the streets and teach her to fit into high society.

The musical has been sparking smiles and belly laughs from audiences since Julie Andrews and Rex Harrison dazzled audiences in the 1950s. The touring production stays true to the show's roots, resisting the urge to modernize the well-honed beats and one-liners.

The dedication to tradition will likely please musical die-hards, who have likely seen the show and the film it inspired several times, and want things just they way they've always been. On the downside, the lack of evolution exposes some of the story's threadbare faults.

Rampant sexism and stereotypes inherent in the script haven't aged well, even when spun for comedic effect. Some of the particularly wince-inducing moments occur in the first act, when Henry buttonholes Eliza into a measure of indentured servitude.

The upshot is that Henry -- played with masterful precision by Laird Mackintosh -- is the buffoon who is sure he's the genius, and the unwitting butt of the social experiment he's conducting.

The show picks up steam after a bit of a stumbling, low-energy start, when the throwaway jokes fade into the background as the stakes rise and the nuances in the characters' conflicts deepen.

Fueled by a powerhouse lead performance by Shereen Ahmed, the production comes into its own in the second act as it continues to pick up momentum toward its emotionally-charged climax. She's got a powerful voice and uses it to cast an enchanting spell. Ahmed's show-stopping singing ability brings her solos to life in concert-style crescendos that echo through the audience.

Mackintosh's workmanlike showing paces the show, thanks to captivating chemistry with Kevin Pariseau as Col. Pickering. Scene-swiping Adam Grupper, swooping in as Alfred Doolittle, is always good for a smile.

The most awe-inspiring facet of the show is the production design. Thanks to clockwork-like orchestration from behind-the-scenes prop masters and smooth blocking by cast members, the set transforms massively from scene to scene, with towering backdrops and set pieces emerging and disappearing to fulfill the needs of the moment.

The makeup team, working in concert with Ahmed's acting, also deserves credit for the impressive transformation of Eliza from street urchin to society princess.

The melancholy conclusion speaks to female and low economic class empowerment, sending off the audience on a note of watershed social justice epiphany. This is a comedy with something to say, and its messages haven't faded since the 1950s. There's little doubt Julie Andrews would smile if she saw her show in this cast's able hands.

Posted by Phil Villarreal at 11:59 PM No comments:


For the full story, click here.
Posted by Phil Villarreal at 6:08 AM No comments: