For my full reviews, click here.
Posted by Phil Villarreal at 8:35 PM No comments:

A spiritual successor to "Kid Icarus," "Immortals: Fenyx Rising" is steeped in ancient lore, taking a lighthearted yet thrilling approach to the material. It's the opposite side of the coin of usual super-serious takes on the mythos, including "God of War" and "Assassin's Creed: Odyssey."

Many of the team members who worked on "Odyssey" returned to the fray for this inverted version of the mythology-themed expansion to the epic, "Fate of Atlantis." You get the feeling that "Fenyx Rising" was something of a release valve for the devs, who used the opportunity to explore visions that the "Assassin's Creed" franchise couldn't contain.

After revamping production and scrapping the generic original title "Gods and Monsters," the dev squad at Ubisoft Quebec managed to find its stride. The result was a glorious, freewheeling Greek Mythology romp with action and humor to spare.

Playing as a warrior who intercedes in the ongoing conflict between gods and titans. As you take on quests and vie for upgrades, you take on the powers and abilities of the gods you are attempting to help.

While some of the banter is corny, the breezy approach is a welcome respite from the frenetic action. This is one of the games in which you truly do yourself a disservice if you skip the cutscenes.

While the mission structure tends to be heavy on fetch quests and repetition, the momentum never dissipates, and the fun keeps flowing as you fly ever closer to the sun.

Posted by Phil Villarreal at 6:42 AM No comments:

PHIL ON FILM: "The Stand-In"

Posted by Phil Villarreal at 8:18 AM No comments: 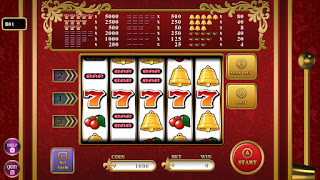 Rolling in with routlette, slots, video poker, craps and baccarat, "The Casino" is just as meat-and-potatoes as its title.

Very much akin to old-fashioned shareware gambling sims that used to make their way across the nation via shareware floppy disks, "The Casino" lets each game stand on its own merits. With no money at stake, there are vastly diminishing returns to each, but all of the games offer short, arresting bursts of entertainment value, strategy and chance.

While there is little exciting about the presentation or execution of the casino standards, there is something to be said for the way it cuts through the fluff and gets right to the point. The game provides a no-risk way to scratch the gambling urge or test out some strategies.

Asymmetrical multiplayer lets you see how your earnings and skill stack up against those around the globe. Aside from that, there's not much of a compelling reason to continue to rack up pretend money.

"The Casino" may not be the most thrilling to drop this holiday season, but you may find it worthy of a tile on your Switch library. A welcome, appealing go-to that won't waste your time or cash, it's there when you feel the need to try your luck.

The new "Family Feud" game on consoles exists in a parallel universe in which the pandemic doesn't exist. That's something of a relief in terms of the escapism factor, but also oddly tone-deaf.
Guiding happy-go-lucky clans, not socially distant in any way as they gleefully rub elbows and shake hands, is as jarring as something you'd see in a pre-2020 TV series. While it's gratifying to revisit a world in which social gatherings came without taboos, quizzes with answers that included concerts and festivals were commonplace and shortages of household items were unthinkable, it would also be welcome to have at least a touch of reality infiltrate the video game show.
Maybe an update that included pandemic-tinted questions -- or any update with new questions, which will eventually be needed to refresh the stale original slate -- would be welcome.
At least the dev team at Ubisoft took care to make the initial release full-featured. Online play is a welcome and all-too-rare addition in the genre, and there are multiple difficulty levels, customizable characters, a helpful answer-filling system and game formats to help keep sessions from wearing out their welcomes.
The game seems to have been concocted for foreign markets, then translated haphazardly to North American English. Odd spellings and syntax errors abound, oddly adding a charm to the otherworldiness of the semi-educated guessing game.
While the game is as one-dimensional on the show on which it's based, it's also every bit as fun. If you've ever wondered how your own family would perform on the show, this is your opportunity to find out.
Publisher provided review code.
Posted by Phil Villarreal at 3:00 PM No comments:

Posted by Phil Villarreal at 11:09 AM No comments: