Book Report: The Cricket on the Hearth 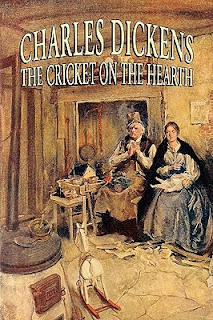 Charles Dickens wasn't even trying here.  He wrote the tiny book in three months, but he may as well have only spent three days on it. A schmaltzy attempt to pull heartstrings during the holidays, "The Cricket on the Hearth" is a dull, lazy tale of a Scrooge-like old man who marries a young gold digger, then decides to let her go when the spirit of the season warms his heart. It's somehow even dumber than it sounds.

None of the trademark Dickens charm or whimsy is here, but all of his tendency to over-describe pointless scenes shows up. Mostly made up of scene-setting padding of drab surroundings, the plot could have easily been boiled down to a short story, which in turn could have been edited into one boring run-on sentence that would best be forgotten.
Posted by Phil Villarreal at 4:21 PM