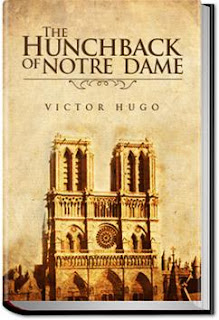 Two-thirds of this is a history book and and exhaustive history of French architecture, and the other third is a much more brutal version of the story that became the Disney movie. This is a weird and frustrating book, best appreciated as an exercise in flowery descriptive writing than storytelling or forward momentum. It's like sitting down with a half-senile grandpa and listening to his conspiracy-laden stories from the olden times, and it quickly to the point that you're listening to him not because you particularly believe him or care what he has to say, but because it's enjoyable to listen to him talk.

The ending is harsh and abrupt, which is sort of the way it has to be because there is no good way to wind down a story so depressing and pathetic. The overarching theme is of the way prejudice and blind hatred thrive among regal beauty, reflecting the true nature of man with more honesty than art or architecture can convey. An evil clergyman, a deformed, blind and deaf hero who is more sensitive than those with working senses, and a hapless victim of cultural bias, framed to die for the sins of her own people as well as those of her oppressors. There is beauty here, but it's buried deep and takes a hell of a lot of effort to get to it. As a whole, Hunchback is not worth the effort.
Posted by Phil Villarreal at 1:53 PM