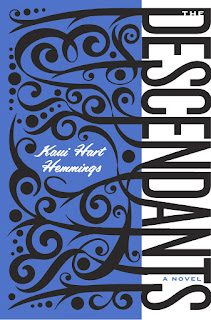 Hemmings unloads raw pain and confusion of a swirl of painful and joyous experiences in marriage, parenthood, loss, finance and heritage in a brilliant collage that also works as a great story. The movie came nowhere close to living up to the riches that the author doles out in his quiet, compelling prose. Not a word or scene is wasted, with everything collaborated toward sinking you into the personas of his characters and his setting.

What could have been a depressing tale of a family torn apart by the aftermath of a catastrophic accident that leads to discoveries of a bedrock of lies on which a seemingly stable marriage was built instead turns into a thrilling journey of self-discovery. The theme of the book is that change is constant, and memories captured in photographs and mementos only capture half-truths. Things never really were a certain way -- they were simply part of a process of evolution from one shifting stage to the next. The same is true about ideas of how the future will unfold. Despite whatever inevitabilities seem in store, there are no constants and nothing but a fragile, Wile E. Coyote-like focus on the path forward that keeps everyone and everything from dropping to the bottom at any moment.

This is a fascinating and thought-provoking book that not only tells a fantastic story and sketches out indelible characters, but stimulates your sense of introspection throughout.
Posted by Phil Villarreal at 5:22 AM